Storefront and Street Corner Gospel
View cart “7. I Am Born To Preach The Gospel – Washington Phillips” has been added to your cart.

WASHINGTON PHILIPS In December 1927 a mobile recording unit of Columbia Records, under the direction of Frank B. Walker, was set up in a makeshift studio in Dallas, Texas. The object was to record local artists who had been traced via advertising articles in the local press. Phillips’ first recorded track was Mother’s Last Word To Her Son which produced a companion piece, A Mother’s Last Word To Her Daughter, during his final session in 1929. The gently swinging sixteen bar song with its “aabb” rhyming-scheme is his own composition, while Take Your Burden To The Lord was composed by Charles Albert Tindley. Paul And Silas In Jail retells the Biblical story and balances “the place they call heaven” against “Sugarland”, the notorious Texas state penitentiary. On Lift Him Up That’s All, which retells the story of the woman at Jacob’s well, the lead-in and the coda both differ from the melody of the song itself. Denomination Blues is Phillips’ most impressive recording; in Part One six different black denominations are mockingly criticized, while Part Two ridicules their preachers. I Am Born To Preach The Gospel illustrates the argument that “educated preachers are walkin’ around spiritually dead” by recalling the story of the “educated fool” Nicodemus. Train Your Child is a real oddity being a monologue about the education of children. The lesson is taken from Solomon’s Proverbs and is followed by a particularly interesting solo on Phillipss “novelty instrument”. Jesus Is My Friend is the plaintive nineteenth century hymn “What A Friend We Have In Jesus,” and is also preceded by a brief explanatory monologue. What Are They Doing In Heaven Today? is another Tindley composition and the aforementioned A Mother’s Last Word To Her Daughter uses the chorus of “Bye And Bye, I’m Going To See The King”. The words do not fit the melody very well and the omission of the chorus after the last two verses further adds to the surprises of the arrangement. I’ve Got The Key To The Kingdom is the story of Daniel in the lions’ den, the accompaniment consisting of one chord sometimes enriched by a sixth or ninth note. You Can’t Stop A Tattler – Part 1 remained unissued for fifty years. The song has a humming chorus but the “novelty instrument” sounds less clear. While the first part of You Can’t Stop A Tattler condemns gossipers, the second part attacks adultery. I Had A Good Father And Mother is remarkable because of its falsetto and its humming. The Church Needs Good Deacons paraphrases Paul’s letter to Timothy to give an example of a good deacon should aspire to be. A.C. FOREHAND On 25 February 1927 Elder Asa (“A.C.” or “Asey”) Forehand and his wife, Mammie, recorded Mother’s Prayer and I’m So Glad Today, Today for Victor. A.C played guitar and harmonica, while his wife, Blind Mamie Forehand, accompanied him on triangle, (although the discography mentions “finger cymbals). Three days later Mamie made two recordings under her own name: Honey In The Rock, written by the white gospel composer F.A Graves, and Wouldn’t Mind Dying If Dying Was All. Her triangle was there again and A.C. accompanied her on guitar. LUTHER MAGBY Luther Martin Magby recorded two songs for Columbia in Atlanta, Georgia: Blessed Are the Poor in Spirit and Jesus Is Getting Us Ready for the Great Day. Magby’s odd pronunciation, his pumping harmonium and the propulsive tambourine result in one of the most compelling gospel records ever waxed.

Tags: A.C. Forehand, Blind Mamie Forehand, Charles Albert Tindley, Columbia, DOCD-5054, Dulceola, Female Gospel, Finger Cymbals, Frank B. Walker, Gospel, Gospel Harmonica, Guido van Rijn, guitar, Guitar Evangelist, Harmonica, Luther Magby, Tambourine, Victor, Washington Phillips
This website uses cookies to improve your experience. We'll assume you're ok with this, but you can opt-out if you wish. Cookie settingsACCEPT
Privacy & Cookies Policy
This website uses cookies to improve your experience while you navigate through the website. Out of these cookies, the cookies that are categorized as necessary are stored on your browser as they are essential for the working of basic functionalities of the website. We also use third-party cookies that help us analyze and understand how you use this website. These cookies will be stored in your browser only with your consent. You also have the option to opt-out of these cookies. But opting out of some of these cookies may have an effect on your browsing experience.
Necessary Always Enabled
Necessary cookies are absolutely essential for the website to function properly. This category only includes cookies that ensures basic functionalities and security features of the website. These cookies do not store any personal information.
Non-necessary
Any cookies that may not be particularly necessary for the website to function and is used specifically to collect user personal data via analytics, ads, other embedded contents are termed as non-necessary cookies. It is mandatory to procure user consent prior to running these cookies on your website.
SAVE & ACCEPT
1
1
Your Cart 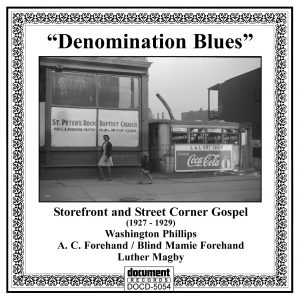