Communication Blues - From A World Before The Internet! - The Document Records Store
$0.00 0 items 0

Communication Blues – From A World Before The Internet!

Communication Blues – From A World Before The Internet!

We have put together and made available a free CD, as part of our celebrations in launching the new Document Records Store website, making available CDs and for the first time, downloads, from the mighty Document Records catalogue. It must be said that one of the most crucial elements in Document’s survival has been the internet. Some may call it a necessary evil; a double-edged sword. Whatever one’s view might be, it has, over the years, brought Document to a very large and ever growing fan base and followers of the music held, dearly, in the Document Catalogue. This is a process that continues, unabated. And with the internet has come the amazing ability to communicate to fans of this music around the world, informing them of what is in the catalogue, what is new and of offers, discounts and the like. Yet, it is more than that, with the use of social media, we can communicate something of the personality, character and thinking of those that are behind the scenes at Document in a way that no one could have dreamed of when the label was first created, back in 1985. Which raises a question that will be asked more and more by generations to come; how did people communicate before the advent of the internet? 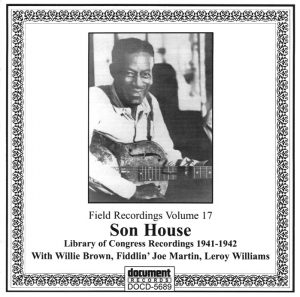 Bringing into play such devices as a telephone or a letter, has long been a technique used by playwrights for stage and radio. In one short scene, the audience can learn of a whole saga, or be given major hints and clues to a “Who’s done it” without a cast having to play out the complete enactment of a plot. For the blues singer, written communication by letter can bring news of joy or heartache. When the Memphis Jug Band recorded ‘Got A Letter From My Darling’ in 1930 (‘Memphis Jug Band Vol. 3: 1930’). They were gleeful that the writer was missing the reader; asking if he could “…hurry home?”. Yet, both intensity and anguish can be heard in the voice of Son House, along with the, pacing, restless, accompaniment of his guitar on ‘Death Letter’, as he recalls receiving the devastating news that the one that he loves “…is dead”. (DOCD-5663 ‘Son House Live At The Gaslight Café, Jan 3rd 1965’ and DOCD-5689 ‘Field Recordings Vol. 17 – Son House: 1941-1942).

The fact that a letter, in a song, is being written or received gives the listener a clear sense that the singer is alone, perhaps feeling desperately lonely, miles away from their loved ones. Bumble Bee Slim is in a mood to write a letter to his folks “back home”. It has been some time since he left there a troubled man. Woman troubles and a decline in his self-esteem are all part of a downward path that he has been on since leaving but It might be that he has had time to think and has finally decided to break his silence with his mother. The question is; how would his letter be received by his mother and would he be welcomed back into the family home?

Both Charlie Burse and Lead Belly were clearly delighted by their radios. At the beginning of the 1930s there were twelve million radios in households across the U.S.A. Yet, in 1930 the aggregate ownership of radios by Black American families was only 1.7 percent, compared, rather tellingly, to the national ownership figure of 40 per cent. By the time that Charlie Burse had recorded his ‘Radio Blues’ in 1939 the country’s radio ownership had gone up to twenty-eight million. Despite this, in the same year not one of the nation’s seven hundred and seventy-eight radio stations were owned or operated by black Americans. Within the short time of their radio’s presence, it would seem that both Charlie and Lead Belly had become very attached to them. What it was that Charlie’s radio represented is difficult to tell (Surely a breakdown in communication there.) but at least he is able to tell us that he loves it and that it has such a mellow tone. Well, that’s good to know. Lead Belly is a little more pragmatic, urging the listener to “Turn yo’ radio on, so you hear what’s going on” (What, and stop listening to this record?) though credibility takes something of a tumble as he continues “Lord, it said in the Bible eighty years ago, “You wouldn’t have thought it was a radio””. Admittedly, I’m a little lost here but there again I’m an Atheist and not completely read up on these things.   That aside, Lead Belly certainly comes across as being very enthusiastic about the device, repeatedly telling us to get it turned on. Hang on a sec. Not too loud, is it?

Admittedly, compared to today, two-way communication, beyond shouting distance was, up until the end of the 20th century, rather limited. Even so, a far more scientific method than pen and paper was the telephone. Whilst Fats Waller was writing letters to himself in 1935, it was Chuck Berry who, in 1959, was asking “long distance information” (not Google but the telephone operator) on the phone to connect him to a number in ‘Memphis Tennessee’. 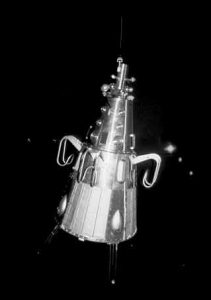 Joe Pullum had a busy time of it on the phone “last night”. Evidently, he had been brooding for some time as the result of his “woman” having given him the blues. Here, in the U.K. the TV ads for the major telephone company used to say that “It’s good to talk” and with that in mind that’s what Joe decided to do. Curiously, Joe informs us that the ladies phone number was “1,2,3”, which is a little difficult to believe. Surprisingly, she answered the phone but Joe, who is just about to tell us what she said sings “… she told me dry” and then, ironically, dries and doesn’t finish the line. Anyway, whatever she said, Joe isn’t happy about. So much so, that he decides to ring the Police Station, “the number” he tells us is “2,4,9”. Yes, well, whatever. He asks the police to help “find that woman of mine”. Whether they do assist him remains anyone’s guess but in the final verse Joe tells us that he is “so cold alone, since I received that bad news over my telephone”.

To bring things a little more up to date (by Document Records catalogue standard) we have the 1957 recording of Roosevelt Syke’s ‘Sputnik Baby’. Roosevelt must have been quite excited and inspired by Russia’s “communication” satellite ‘Sputnik 2’. This, the second of two satellites was launched early November, 1957, yet he managed to record ‘Sputnik Baby’ and have it released in the remainder of the same year. Typically, many objects have been used as sexual metaphors in the blues; from coffee grinders to motorcar engines. Here, Roosevelt manages to grasp the latest in science technology and uses it to compare the attributes of his “Satellite Baby” with Sputnik 2 and its including the “speed” of them both.

Finally, we couldn’t resist including the words of Bo Weevil Jackson, who also recorded under the name of Sam Butler. This is partly because this is an exceptional recording, particularly for 1926, with its astounding bottle-neck guitar playing but mainly because of its penultimate verse:

Well, the timing is right. It is, after all, March as we release the new Document Records website. But more to the point; he says that he’s going to mail a letter in the air!? Surely, that’s not possible… isn’t it? 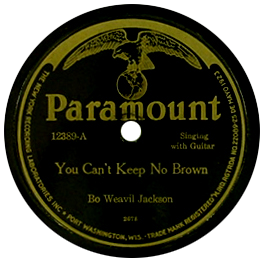