Abridged from this albums original booklet notes. Although there was no obvious decline in the quality of his records, by 1952 Arthur Big Boy Crudups tried-and-tested trio format was not garnering the big sales it had in previous years. Nonetheless Victor stuck with him until 1954, when they recorded him for the last time, issuing only 2 of the 4 titles made. These, like two of his November, 1953 recordings, were issued on Victors Groove label, which was directly aimed at the jukebox and R & B charts. Their lack of success meant that, after a dozen years with Bluebird / Victor, Crudup no longer had a recording contract. Perhaps sensing Victors loss of interest and keen to supplement his income, Arthur had done some moonlighting in 1952, recording for no less than three independent labels. All these sessions took place in Jackson, Mississippi and at the time Arthur was farming back home in Forest and finding times pretty tough. Robert Dees played harmonica on the session for Johnny Vincent and one side of the Checker record. This was issued as by Percy Lee Crudup, who was actually one of Arthurs sons. Percy Lee, plays harmonica on the other Checker. As Elmore James was now in Chicago and involved with other labels, Lillian McMurry hit on the idea of a substitute to follow up his 1951 Dust My Broom hit for Trumpet Records. Rice Miller (Sonny Boy Williamson No.2) suggested Big Boy Crudup, who had broadcast with him over radio station KFFA, West Memphis on the King Biscuit Show. Miller and his regular session guitarist, Joe Willie Wilkins, backed up Crudup on Gonna Find My Baby, which echoed the similarly titled Dr. Clayton song (later recorded by Little Walter) and Make A Little Love With Me, adapted from Robert Jr. Lockwoods Take A little Walk With Me (Bluebird B-8820), with Wilkins playing superbly and Miller shouting encouragement; pity that Trumpet didnt give Crudup a full session. His last recording for Victor had seen a raucous revival of Professor Longhairs She Aint Got No Hair (Talent 809) but it didnt set the charts on fire. Rock and roll came along and old-time blues singers were has-beens. Out of the blue, a couple of years later, Arthur received an invitation to go up to New York to record for Bobby Robinson, possibly on the recommendation of Elmore James. Big Boy Crudup re-cut many of his old Bluebird / Victor hits but unfortunately Robinsons Fire / Fury Records went out of business not many months later and the LP and 2 singles from the session had only limited distribution.

Tags: Arthur Big Boy Crudup, Arthur Blues Crump & His Guitar, Blues, Blues Guitar, Blues Harmonica, Blues Piano, Bob Groom, Bobby Robinson, Charles Holloway, Checker, Chess, Country Blues, Country Blues Guitar, DOCD-5204, Dr. Clayton, drums, Early Chicago Blues, Edward Lumpkin, Elmer James, Elmo James, Elmore James, Elvis Presley, Fire, Groove, guitar, Harmonica, J. J. Jones, J. Sheffield, Joe Thomas, Joe Willie Wilkins, Lafayette Lawson, Little Walter, Mississippi Blues, N. Butler, Percy Lee Crudup, piano), Professor Longhair, R & B, RCA, Robert Dees, Robert Fulton, Robert Jr. Lockwood, Sam, Sonny Boy Williamson, stand-up bass, tenor sax, Thomas Patten, trumpet, Urban Blues, Victor, Vivid Sound, Willie Willis
This website uses cookies to improve your experience. We'll assume you're ok with this, but you can opt-out if you wish. Cookie settingsACCEPT
Privacy & Cookies Policy
This website uses cookies to improve your experience while you navigate through the website. Out of these cookies, the cookies that are categorized as necessary are stored on your browser as they are essential for the working of basic functionalities of the website. We also use third-party cookies that help us analyze and understand how you use this website. These cookies will be stored in your browser only with your consent. You also have the option to opt-out of these cookies. But opting out of some of these cookies may have an effect on your browsing experience.
Necessary Always Enabled
Necessary cookies are absolutely essential for the website to function properly. This category only includes cookies that ensures basic functionalities and security features of the website. These cookies do not store any personal information.
Non-necessary
Any cookies that may not be particularly necessary for the website to function and is used specifically to collect user personal data via analytics, ads, other embedded contents are termed as non-necessary cookies. It is mandatory to procure user consent prior to running these cookies on your website.
SAVE & ACCEPT
1
1
Your Cart 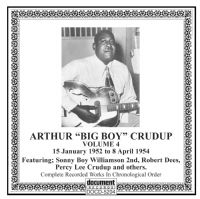