Abridged from this albums original booklet notes. Big Bill Broonzy was known by just about everybody involved in the music scene in Chicago. By mid-1935, when this volume takes up the story, the depression was easing somewhat and the juke box was countering its threat to one aspect of the musician’s livelihood by providing an opportunity in another in the form of increased recording activity and wider distribution of the product. Although he always worked at one or more “normal” jobs, labouring or serving in stores, Bill seems to have spent most of his life between the studios and the bars at this time and it is strange that, despite his involvement in enumerable sessions, only twenty tracks appeared under his own name on the Bluebird label (those not appearing here can be found on volumes 2 and 3 of this series). After much research and controversy Black Bob‘s real name remains uncertain though it seems probable that he was the Bob Hudson remembered by Memphis Slim. Louis Lasky, whose own work appears on DOCD 5045 The Songster Tradition, is alleged to have taught Bill how to flat-pick; he is also speculated to be the Louis Leslie associated (by “circumstantial” evidence, to quote Dixon and Godrich) with the Chicago Sanctified Singers. Certainly Leslie, Big Bill and Black Bob were all present in the ARC studios when the two Sanctified Singers sides were cut so a likely line up for this group might be Bill or Leslie, guitar, Bob, piano, and a vocal trio made up of Bill, with either Bob or Leslie and an unknown female. The influence of Leroy Carr on Big Bill Broonzy‘s work at this time is marked both on such upbeat numbers as the bouncy Keep Your Hands Off Her (a gentler title than the more usual Keep Your Hands Off It) and such sadly reflective songs as Bad Luck Blues. His voice was never as wistful as Carr’s but he made a conscious effort to study and reproduce the guitar sound of Scrapper Blackwell and supported by the outstandingly sympathetic piano of Black Bob (sometimes augmented by Bill Settles‘ string bass) produced a string of satisfying blues recordings to counterbalance the flood of hokum material that was washing over the market during those years. Big Bill Broonzy‘s involvement with this side of the business saw him working with such groups as The Midnight Ramblers and The State Street Boys. One representative track, The Hokum Boys‘ Keep Your Mind On It, is included here; it sees Big Bill Broonzy taking the vocal backed up by the guitar of Casey Bill Weldon and the sud-busting of Bill’s alleged half-brother Washboard Sam.

Tags: American Record Company, ARC, Arkansas Blues, Big Bill Broonzy, Bill Settles, Black Bob, Bluebird, Blues, Blues Piano, Bottleneck-Slide Guitar, Casey Bill Weldon, Chicago Blues, Chicago Sanctified Singers, Conqueror, Country Blues, Country Blues Guitar, DOCD-5126, Early Chicago Blues, Genres: Blues, Gospel, guitar, Hokum, Keith Briggs, Leroy Carr, Louie Lasky, Memphis Slim, piano), Scrapper Blackwell, stand-up bass, The Hokum Boys, The Midnight Ramblers, The State Street Boys, Washboard, Washboard Sam
This website uses cookies to improve your experience. We'll assume you're ok with this, but you can opt-out if you wish. Cookie settingsACCEPT
Privacy & Cookies Policy
This website uses cookies to improve your experience while you navigate through the website. Out of these cookies, the cookies that are categorized as necessary are stored on your browser as they are essential for the working of basic functionalities of the website. We also use third-party cookies that help us analyze and understand how you use this website. These cookies will be stored in your browser only with your consent. You also have the option to opt-out of these cookies. But opting out of some of these cookies may have an effect on your browsing experience.
Necessary Always Enabled
Necessary cookies are absolutely essential for the website to function properly. This category only includes cookies that ensures basic functionalities and security features of the website. These cookies do not store any personal information.
Non-necessary
Any cookies that may not be particularly necessary for the website to function and is used specifically to collect user personal data via analytics, ads, other embedded contents are termed as non-necessary cookies. It is mandatory to procure user consent prior to running these cookies on your website.
SAVE & ACCEPT
1
1
Your Cart 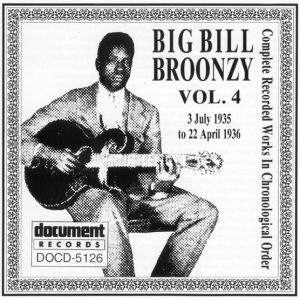