Abridged from this albums original booklet notes. Gus Cannon was already in his mid-forties when he came to record in 1927, so it’s not surprising that at his first sessions he cut Poor Boy, Long Ways From Home, one of the earliest blues, setting it to a unique slide banjo accompaniment. His sessions as “Banjo Joe” also featured ragtime pieces and medicine show songs, among them the once-typical Can You Blame The Colored Man, a funny, albeit somewhat Uncle Tommish, song about Booker T. Washington’s 1901 visit to the White House. Blind Blake, who helped out with second guitar on most titles, was added at Paramounts behest; they had never met before the session. Some of “Banjo Joe‘s” songs were remade by Cannon’s Jug Stompers in the course of their studio career; Madison Street Rag was one of them, recorded at the band’s first session for Victor, early in 1928. The Stompers played a lot of ragtime and novelty pieces, but even on these they were the most consistently bluesy of the Memphis jug bands on record. This was largely thanks to the magnificent harmonica of Noah Lewis, whose immensely forceful playing was always subordinate to an acute musical intelligence, resulting in some of the most sensitive and responsive harmonica work in blues. He injects a haunting, lonesome sound into his playing, a quality which also made his voice perfect for blues, as he proves on the two takes of Viola Lee Blues. Gus himself played both the rushing, syncopated banjo figures that made the band’s blues numbers dance, and the fruity, ribald jug (in his case actually a coal-oil can) which he’d mounted on a neck harness. Lewis, was from Henning, Tennessee, not far from Ripley, to which he paid tribute on Ripley Blues. The Jug Stompers seem to have been keen to boost Memphis and other places they knew: besides Madison Street Rag, Hollywood Rag refers to a suburb of Memphis containing the Springdale Avenue of Springdale Blues; Jonestown was a hamlet in Mississippi; and Mengelwood, wrongly spelt on the record, was a sawmill camp near Ripley. Cairo Rag is named after the Illinois town. Of the same generation as Noah was his neighbour, the guitarist Ashley Thompson, who is also an excellent singer on two titles. Nevertheless, he was dropped after one session and replaced by Elijah Avery who played both banjo and guitar, but left the singing to Lewis and Gus himself, whose booming voice can be heard on Riley’s Wagon and Feather Bed, among others. As 1928 gave way to 1929, Gus Cannon must have been well satisfied with his band’s success on Victor. The next two years were to see more classic songs recorded, including one that was to bring him an unlikely moment or fame 34 years later; Elijah Avery‘s replacement by Hosea Woods; and Noah Lewis cutting sides under his own name. All these developments are chronicled on Document album DOCD-5033, which completes the story of the finest jug band to come out of Memphis.

Tags: Ashley Thompson, Banjo, Banjo Joe, Blind Blake, Blues, Blues Banjo, Blues Guitar, Blues Harmonica, Cannon's Jug Stompers, Chris Smith, Country Blues, Country Blues Guitar, DOCD-5032, Elijah Avery, guitar, Gus Cannon, Harmonica, Hosea Woods, Jug Band, kazoo, Memphis Blues, Noah Lewis, Paramount, Tennessee Blues, Victor, whistling
This website uses cookies to improve your experience. We'll assume you're ok with this, but you can opt-out if you wish. Cookie settingsACCEPT
Privacy & Cookies Policy
This website uses cookies to improve your experience while you navigate through the website. Out of these cookies, the cookies that are categorized as necessary are stored on your browser as they are essential for the working of basic functionalities of the website. We also use third-party cookies that help us analyze and understand how you use this website. These cookies will be stored in your browser only with your consent. You also have the option to opt-out of these cookies. But opting out of some of these cookies may have an effect on your browsing experience.
Necessary Always Enabled
Necessary cookies are absolutely essential for the website to function properly. This category only includes cookies that ensures basic functionalities and security features of the website. These cookies do not store any personal information.
Non-necessary
Any cookies that may not be particularly necessary for the website to function and is used specifically to collect user personal data via analytics, ads, other embedded contents are termed as non-necessary cookies. It is mandatory to procure user consent prior to running these cookies on your website.
SAVE & ACCEPT
1
1
Your Cart 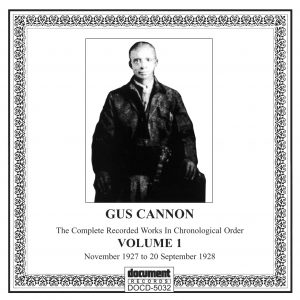