Abridged from this albums original booklet notes. Jim Jackson‘s seemingly innocuous medicine show songs often combine subversion of white stereotypes with an apparent acceptance of them. Consider What A Time, with its references to gluttony, chicken stealing and laziness; so far, so submissive. Then comes the final verse:

“There stand a man, standin’ over there, With a blue coat on and lookin’ pretty fair, Got his collar all round his throat, I bet he smells like a billy goat.”

It never seems to have occurred to supremacists that black songs carried a meaning, and no doubt the white policeman referred to by this verse enjoyed the music just as much as the black audience he was supervising. Traveling Mart, too, has its points to make about the foolishness of the powerful. Most telling of all, perhaps, are the calmly resigned lines in Bye Bye Policeman, about the aftermath of a crap game (more stereotypical activity):

“He said, “Stop there boys, I’m the law, I’ll shoot to kill!” I turned around and looked at him, said “Reckon you will”.

Bye Bye Policeman, like a number of Jackson’s songs (eg. “Long Gone”), turns out to be a medley; it begins with a verse from Ernest Hogan’s “Pas Ma La”, published in 1895, cataloging then popular dances: the Bombashay, the World’s Fair, the Turkey Trot, and the Pas-a- ma-la itself. As well as preserving material from the songster era, like this and Going ‘Round The Mountain, Jim was also keeping up with fashion; Hey Mama – It’s Nice Like That, reworking material from What A Time. He was also still cutting sequels to his hit, Kansas City Blues; I’m Gonna Move To Louisiana was an obvious one, though he added a pretty guitar flourish to the basic tune. Ain’t You Sorry Mama? was a less blatant reworking, keeping only the tune, and abandoning the “moving away” theme in favour of largely traditional verses about a relationship in difficulties. On this song, Jackson was joined by a pianist, thought to have been Speckled Red (Rufus Perryman), who didn’t record under his own name until September 1929, but who credited Jim Jackson with getting him onto records. If Red was the pianist on this session, he was unlike his usual extrovert self, confining himself to restrained chording. The piano player on the 16 July date is rather more lively, especially on the pop-structured I Ain’t Gonna Turn Her Down; he clearly doesn’t know the song, waiting until Jackson has run through the song once before playing, but joins in with verve and assurance. None of the eight songs from this session was issued on 78, so the two musicians may not have blended as successfully on all titles; it’s a pity, for Dicty Blues sounds interesting, and Bring It On Home To Your Grandma may be the song recorded by the Mississippi Mud Mashers in 1935. Crazy ‘Bout Nancy Jane was recorded by the Famous Hokum Boys, but not until 1930, which may indicate that Georgia Tom Dorsey brought it along to both sessions, and so may help to identify the piano player on this date. Both Speckled Red and Georgia Tom were present on 14th October 1929, as was Tom’s partner Tampa Red, “the man with the gold guitar” (a gold plated National. See http://www.resonatorguitarguide.com/the-golden-guitar-of-tampa-red/ ). They assembled in Memphis to cut a promotional record, with Jackson’s name as the selling point, though Tom and Tampa were by now surely the bigger stars on race records. Georgia Tom narrated; as well as the inevitable It’s Tight Like That, Speckled Red contributed a roaring “Pinetop’s Boogie Woogie”, and Tampa adapted his Chicago Moan into a version that Dan Pickett knew, and recalled on disc in 1949. Jim Jackson himself was heard only briefly, singing a verse of a twelve-bar blues. Prior to this session, Jackson had done some moonlighting at Columbia, accompanying the lively crosstalk act of Liza Brown and Ann Johnson. Their sparring, which evidently played on one of them being large and the other small, remains lively and spontaneous sounding; on Let’s Get It Straight, Jim Jackson joins the conversation as the bemused object of the women’s rivalry. Jackson’s last session was in February 1930, when he cut powerful versions of two of the best known songs adapted by W. C. Handy from folk traditions; they stand as a neat summation of Jim Jackson‘s own career, with its tensions between the preservation of folk material, and accommodation to the demands of mass culture.

Tags: Ann Johnson, Blues, Blues Guitar, Blues Piano, Bottleneck-Slide Guitar, Chris Smith, Columbia, Country Blues, Country Blues Guitar, Dan Pickett, DOCD-5115, Ernest Hogan, Famous Hokum Boys, Female Blues, Georgia Tom, Georgia Tom Dorsey, Guitar; prob. Speckled Red, Jim Jackson, Liza Brown, Liza Brown And Ann Johnson, Memphis Blues, Mississippi Mud Mashers, National Guitar, piano), Rufus Perryman, Songster, Speckled Red, Tampa Red, Tennessee Blues, Thomas Dorsey, Victor, Vocal Duet, Vocalion, W.C. Handy
This website uses cookies to improve your experience. We'll assume you're ok with this, but you can opt-out if you wish. Cookie settingsACCEPT
Privacy & Cookies Policy
This website uses cookies to improve your experience while you navigate through the website. Out of these cookies, the cookies that are categorized as necessary are stored on your browser as they are essential for the working of basic functionalities of the website. We also use third-party cookies that help us analyze and understand how you use this website. These cookies will be stored in your browser only with your consent. You also have the option to opt-out of these cookies. But opting out of some of these cookies may have an effect on your browsing experience.
Necessary Always Enabled
Necessary cookies are absolutely essential for the website to function properly. This category only includes cookies that ensures basic functionalities and security features of the website. These cookies do not store any personal information.
Non-necessary
Any cookies that may not be particularly necessary for the website to function and is used specifically to collect user personal data via analytics, ads, other embedded contents are termed as non-necessary cookies. It is mandatory to procure user consent prior to running these cookies on your website.
SAVE & ACCEPT
1
1
Your Cart 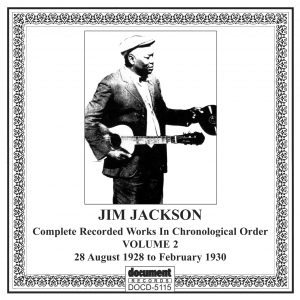