Abridged from this album’s original booklet notes. In 1926, the Brunswick-Balke-Collender Company of Chicago was attempting to establish their Vocalion Race series in competition with similar series on Okeh, Columbia, and Paramount. Along with the usual jazz groups, vaudeville singers, country blues artists, vocal quartets, and singing preachers, they recorded the religious equivalent of country blues performers: the guitar evangelists. They began by recording religious material from songsters and bluesmen like Sam Butler, whose first release for Vocalion was a religious coupling with guitar accompaniment. The advertisement claimed that Sam “hails from down Carolina way where they know how to sing spiritual music” (Butler’s other release on Vocalion was a blues, as were two of his three Paramount records – see Document DOCD-5036). It is possible that Vocalion was scouting for talent in the Carolinas, as Josh White also met Blind Joe Taggart there. In any case, in November 1926 Taggart became the first of the guitar evangelists to record. The diversity of the material he recorded seems to indicate Vocalion’s willingness to experiment in their search for a hit. The first two tracks were vocal duets with Emma Taggart, presumably Blind Joe’s wife. Three of the six titles feature Taggart’s idiosyncratic guitar accompaniment, which varied little while supporting such disparate melodies as I’ll Be Satisfied and Just Beyond Jordan. Several alternative takes exist from this session and they demonstrate Taggart’s creative genius as a folk artist. Each is a distinctive variation on a theme that nonetheless retains its autonomy. The remaining sessions for Vocalion reinforce Taggart’s status as a major interpreter of the black vernacular tradition. There are two fine duets with the younger sounding James Taggart (probably his son), a superb blues issued under the pseudonym Blind Joe Amos, and the magnificent The Storm Is Passing Over sung in the hoarse, shouting manner usually associated with Blind Gary Davis (see Document DOCD-5060). None of Blind Joe Taggart‘s recorded output approached the sublime heights of his first official session for Paramount, however. In conjunction with a second vocalist (who may be doubling on rudimentary guitar) and a fiddle player, Taggart left us two of the most intriguing recordings in the history of American folk music. It is my contention that Been Listening All The Day and Coin’ To Rest Where Jesus Is provide a window into the immediate post-Civil War period in the South when a shared black and white musical tradition existed. A black fiddle tradition in the Southeast was already in decline when these and related recordings by performers like Andrew and Jim Baxter were made. Blind Joe Taggart and his vocal partner appear to be quite comfortable with their complicated, overlapping singing style, effortlessly exchanging lead and harmony lines until it becomes difficult to determine who is singing which part. One would be hard pressed to find sacred music as oddly compelling as these two superlative performances, but the record must have sold poorly as only a few copies are known to have survived.

Tags: Blind Gary Davis, Blind Joe Amos, Blind Joe Taggart, Blind Joe Taggart And Emma Taggart, Blind Percy, Blind Percy And His Blind Band, Blues, Blues Violin, Carolina Blues, Country Blues, Country Blues Guitar, DOCD-5153, Emma Taggart, Gary Davis, Gospel, guitar, Guitar Evangelist, Herwin, Josh White, kazoo, Paramount, Rev Gary Davis, Sam Butler, Supertone, Vocalion
This website uses cookies to improve your experience. We'll assume you're ok with this, but you can opt-out if you wish. Cookie settingsACCEPT
Privacy & Cookies Policy
This website uses cookies to improve your experience while you navigate through the website. Out of these cookies, the cookies that are categorized as necessary are stored on your browser as they are essential for the working of basic functionalities of the website. We also use third-party cookies that help us analyze and understand how you use this website. These cookies will be stored in your browser only with your consent. You also have the option to opt-out of these cookies. But opting out of some of these cookies may have an effect on your browsing experience.
Necessary Always Enabled
Necessary cookies are absolutely essential for the website to function properly. This category only includes cookies that ensures basic functionalities and security features of the website. These cookies do not store any personal information.
Non-necessary
Any cookies that may not be particularly necessary for the website to function and is used specifically to collect user personal data via analytics, ads, other embedded contents are termed as non-necessary cookies. It is mandatory to procure user consent prior to running these cookies on your website.
SAVE & ACCEPT
1
1
Your Cart 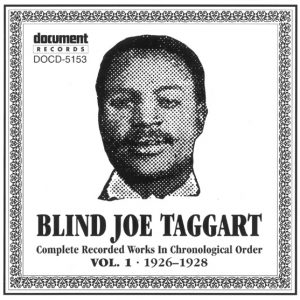