In addition to recordings made under his own name Sam Price became the house pianist for Decca in New York and appeared on many blues sides with such singers as Trixie Smith and Sister Rosetta Tharpe. His solid, imaginative blues, jazz, boogie-woogie and swing based piano accompaniments were vital ingredients to the success of many recordings.

This is the first of two CDs to present some of the fruits of Price’s seventeen years at Decca, and features female vocalists throughout, apart from the anonymous male who was one-third of the Ebony Three. The group’s two spirituals and two blues, backed by Buster Bailey’s perky clarinet, are light-hearted and jivey. Buster Bailey is also present in the all-star band that accompanies Bea Foote, about whom nothing seems to be known. She is a lively singer, and Try And Get It is surely the only blues to draw its inspiration from Caesar and Cleopatra, while Jive Lover is a much tougher, in your face performance than one might expect from the title. Helen Lancaster fronts the Harlem Stompers, and it’s generally accepted that Sammy Price is the pianist. It’s a testament to the liveliness and intensity of the New York music scene of the day that this CD features so many excellent musicians who remain unidentified. Among them is the guitarist on YACK TAYLOR’s session; he (or she) lays down lazily sensuous lines, which sound appropriately mellow and knocked out on the second of her two Lil Green songs, which pays tribute to good gage. Like Lil, Yack Taylor leans towards pop music while always staying unambiguously a blues singer. Sam Price contributes a prettily constructed solo on You’re Gonna Go Your Way And I’m Gonna Go Mine. Sweet Georgia Brown’s singing has some of the sourness of Texan singers like Bessie Tucker and Ida May Mack, and her lyrics display a similar familiarity with the rough parts of town; Price responds with tough, in-the-alley piano accompaniments, and although the guitarist sticks resolutely to a more polished, jazzy vein, these are by some distance the most low-down performances on the disc. Credit is again due to the guitarist (yet another unknown) on Ruby Smith’s 15 October 1941 session, but here, too, it’s largely Price’s playing that pushes Smith to lay down her best recorded performances. Almost inevitably, Thinking Blues was from her celebrated Aunt Bessie, but the other three songs, all so misogynistic, are by Porter Grainger. The most interesting of them is undoubtedly Black Gall; unrelated to the Joe Pullum hit, it’s a fascinating, uneasy mixture of self-abasement with early ‘black is beautiful’ ideology:

I’m just a black gal, insignificant me, but I’m just as happy as can be I ain’t seeking pity on account of being black, And if I’ve apologised, I wanna take it back.. Furthermore, I don’t believe in being what you ain’t, That’s why I don’t lighten up with lots of chalk and paint.

Tags: CDs, DOCD-5667, Male Blues, Male Blues Singer, Ruby Smith, Sammy Price, Sammy Price & The Blues Singers, The Blues Singers
This website uses cookies to improve your experience. We'll assume you're ok with this, but you can opt-out if you wish. Cookie settingsACCEPT
Privacy & Cookies Policy
This website uses cookies to improve your experience while you navigate through the website. Out of these cookies, the cookies that are categorized as necessary are stored on your browser as they are essential for the working of basic functionalities of the website. We also use third-party cookies that help us analyze and understand how you use this website. These cookies will be stored in your browser only with your consent. You also have the option to opt-out of these cookies. But opting out of some of these cookies may have an effect on your browsing experience.
Necessary Always Enabled
Necessary cookies are absolutely essential for the website to function properly. This category only includes cookies that ensures basic functionalities and security features of the website. These cookies do not store any personal information.
Non-necessary
Any cookies that may not be particularly necessary for the website to function and is used specifically to collect user personal data via analytics, ads, other embedded contents are termed as non-necessary cookies. It is mandatory to procure user consent prior to running these cookies on your website.
SAVE & ACCEPT
1
1
Your Cart 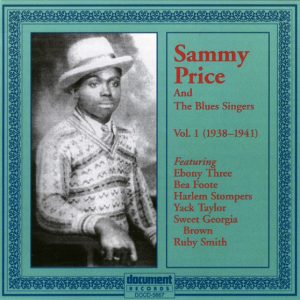