Abridged from this albums original booklet notes. Tampa Red had been a permanent resident of Chicago since 1925. The same is true for some of his colleagues, like Bumble Bee Slim or Big Bill Broonzy. Those were the people who created what I would like to call the First Chicago Blues. Common to them was an urban approach to the blues, a more sophisticated siyle. Their singing was less expressive, but full of subtleties. There was no “shouting” or “grumbling” in between the vocals. Their lyrics were less concerned with cows, mules, crops or other important things of country life, but rather dealt with attributes of the city. The use of the piano as an accompaniment to guitar playing is another characteristic trait. Thus Leroy Carr and Scrapper Blackwell, though residents of Indianapolis, were able to appeal to the musical taste of urban blacks. And this also explains the success of the duo of Tampa Red and Georgia Tom in Chicago. Tampa Red also enlarged his repertoire with songs not strictly taken from the blues field. Songs like Mama Don’t Allow or Corrine Corrina were taken from folk sources. Another typical feature of the early City Blues is the adaption of material originally taken from the pop or jazz sphere (in the 1920s this was just about the same thing). So we can hear on this album three versions of You Rascal You (also recorded by people like Louis Armstrong or Cab Calloway). The third version, where the duo is augmented by jug player Carl Reid (of Philipp’s Louisville Jug Band) and, again, by Frankie Jaxon, is the best one, in a really exuberant mood, with new lyrics and a fine jug solo. This is jazz-influenced “hokum” at its best! They Call It Boogie Woogie has nothing to do with the musical form of that name, but it is another song in the “Tight Like That” vein, using the name, because it was fashionable at the time. Boogie Woogie Dance, on the other hand, must have been the first guitar boogie on record, performed with artistic fervor, a true masterpiece indeed. Finally, there is evidence that Tampa Red also wrote topical songs of the day. Sad News Blues and especially Depression Blues reflect political events that were going to affect the black community (and not only them).

Tags: Blues, Bottleneck-Slide Guitar, bottleneck-slide guitar solos, Carl Reid, Chicago Blues, Country Blues Guitar, DOCD-5076, Frankie 'Half-Pint' Jaxon, Frankie Jaxon, Georgia Blues, Georgia Tom, Hokum, Jug Band, Sweet Papa Tadpole, Tampa Red, Tampa Red and his Hokum Jug Band, The Guitar Wizard, Thomas A. Dorsey, Tom Dorsey, Walter Coleman
This website uses cookies to improve your experience. We'll assume you're ok with this, but you can opt-out if you wish. Cookie settingsACCEPT
Privacy & Cookies Policy
This website uses cookies to improve your experience while you navigate through the website. Out of these cookies, the cookies that are categorized as necessary are stored on your browser as they are essential for the working of basic functionalities of the website. We also use third-party cookies that help us analyze and understand how you use this website. These cookies will be stored in your browser only with your consent. You also have the option to opt-out of these cookies. But opting out of some of these cookies may have an effect on your browsing experience.
Necessary Always Enabled
Necessary cookies are absolutely essential for the website to function properly. This category only includes cookies that ensures basic functionalities and security features of the website. These cookies do not store any personal information.
Non-necessary
Any cookies that may not be particularly necessary for the website to function and is used specifically to collect user personal data via analytics, ads, other embedded contents are termed as non-necessary cookies. It is mandatory to procure user consent prior to running these cookies on your website.
SAVE & ACCEPT
1
1
Your Cart 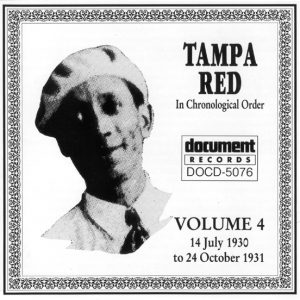