Too Late, Too Late Blues Vol. 1
View cart “16. Do It Some More – Kansas City Kitty & Georgia Tom” has been added to your cart.

Too Late, Too Late Blues

Abridged from this albums original booklet notes. Document strives to preserve and present each artist’s oeuvre in a concise, logical format that will make it available for further enjoyment and study for many years to come. Inevitably, however, some items do turn up and become available to Document after (or perhaps even because) the major alcum issue is released. It is only then that some collectors realize what rare and unusual items they already have in their collections, and they make them available for Document to share with the larger community. This issue, then, acts as a clearing house to preserve and expand on what has previously been available, and also can serve as a sampler of artists that have been featured. These additional items fall into several main categories. The Rev. D. C. Rice test pressing was one I had a dub of for some ten years, but I realized only in hindsight that it was not generally known to exist. When I sent it to Document, it turned out that technical limitations (absolute album playing time) precluded its earlier use in any case, but this is a case of better late than never. I think it was Bob Dixon who pointed out this fact of life for the compiler; as soon as the work is completed as much and as well as possible, in come the corrections and additions to keep him humble and constantly on the lookout for more. Some of these are items that have only been found in the last year or so. One of these Big Bill’s is a case in point, having been picked up in a lot that was brought in “off the street” for disposal. Richard Hite sold the 78 to Pete Wielan who made it available. Mike Kirsling has made available items that he found in the great Paramount test lot of several years ago, but which he retained. Now they will be available. Several items have been tracked down via the Rarest 78’s column in 78 Quarterly. Those we’ve been able to contact have been most generous and forthcoming to help make this (and, indeed, the whole series in general) as complete and good sounding as it is. As for the question of alternate takes, Document has been including them when they are aurally different. The Charley Patton -2 included here is an exception – not noticeably different to our ears, but a better copy in any case. Some of these alternates come to our attention aurally, as in the case of Memphis Minnie‘s Reachin’ Pete, of which only one take was thought to exist. So we know for sure that some people at least listen to these issues with intense concentration. No doubt there are interesting stories behind each item presented here, but here are included the newly found, newly recognized, and newly offered items and the background of only a few of them. In conclusion, we dedicate this issue to you, the listener, who makes this task of retrieval, preservation and presentation such a labor of love for us all.

Tags: Alabama Blues, American Record Company, ARC, Arnett Nelson, Ben Ramey, Bessie Tucker, Big Bill Broonzy, Big Bill Johnson, Blind Blake, Blind John Davis, Blind Lemon Jefferson, Bluebird, Blues, Blues Harmonica, Blues Piano, Bo Carter, Bottleneck-Slide Guitar, Charley Patton, Charlie Burse, Charlie McCoy, Charlie Spand, clarinet, Columbia, Country Blues, Country Blues Guitar, Decca, DOCD-5150, Early Chicago Blues, Female Blues, Gennett, George "Bullet" Williams, Georgia Blues, Georgia Pine Boy, Georgia Tom, Gospel, guitar, Harmonica, Jab Jones, Jimmie Gordon, Joe McCoy, Jug, Jug Band, K.D. Johnson, Kansas Blues, Kansas City Kitty, Kansas Joe McCoy, kazoo, Kokomo Arnold, Little Buddy Doyle, Lonnie Johnson, Louisiana Blues, mandolin, Memphis Blues, Memphis Jug Band, Memphis Minnie, Mississippi Blues, Mud Dauber Joe, New Orleans Blues, Paramount, piano), Ransom Knowling, Rev. D. C. Rice And His Sanctified Congregation: Rev. D. C. Rice Sermons with singing, Robert Peeples, Roger Misiewicz, stand-up bass, Supertone, Tambourine, Texas Blues, The Mississippi Mudder, Triangle, trombone, trumpet, Victor, Vocalion, Vol Stevens, Walter Horton, Western Kid: Frank Brasswell, Will Shade, Willie Baker
This website uses cookies to improve your experience. We'll assume you're ok with this, but you can opt-out if you wish. Cookie settingsACCEPT
Privacy & Cookies Policy
This website uses cookies to improve your experience while you navigate through the website. Out of these cookies, the cookies that are categorized as necessary are stored on your browser as they are essential for the working of basic functionalities of the website. We also use third-party cookies that help us analyze and understand how you use this website. These cookies will be stored in your browser only with your consent. You also have the option to opt-out of these cookies. But opting out of some of these cookies may have an effect on your browsing experience.
Necessary Always Enabled
Necessary cookies are absolutely essential for the website to function properly. This category only includes cookies that ensures basic functionalities and security features of the website. These cookies do not store any personal information.
Non-necessary
Any cookies that may not be particularly necessary for the website to function and is used specifically to collect user personal data via analytics, ads, other embedded contents are termed as non-necessary cookies. It is mandatory to procure user consent prior to running these cookies on your website.
SAVE & ACCEPT
1
1
Your Cart 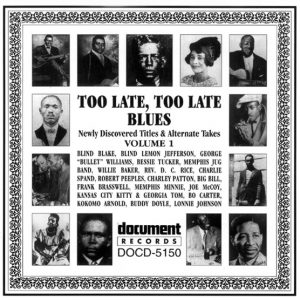